Murray through to Sony Open finals in Miami 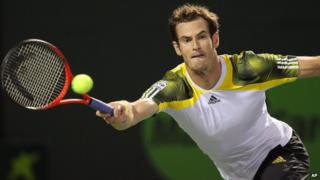 Andy Murray has won himself a spot in the final of the Miami Masters.

The tennis star beat Richard Gasquet on Friday to go through to the final of the Sony Open on Sunday.

After the match Murray said; "It was a very tough match... I was just happy to come through in the end."

The 25-year-old will now face world number five David Ferrer in the finals.

If Murray comes out on top, he'll become number two in the world for the first time since 2009.