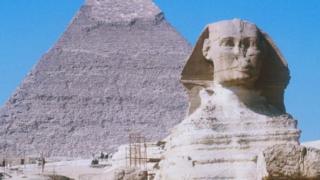 More and more huge tunnels that are thought to go deep inside the Great Pyramids in Egypt, have been found.

Locals think these passageways are being used by thieves to raid ancient tombs that are hidden within them.

Ancient Egyptians buried masses of valuable objects like jewellery and gold coins because they believed they could take these riches with them to a life after death.

Since the revolution began in the country 2011, there has been an increase of illegal digging around the pyramids.

Although illegal digging around the tombs has always happened there has been an increase since the uprising because of a lack of security.