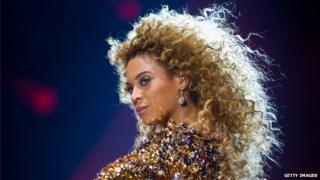 Beyonce will headline a concert at London's Twickenham Stadium on 1 June, in aid of charity Chime For Change.

The charity aims to raise funds and awareness to enable girls and women to feel empowered.

Beyonce said: "I'm excited for us to come together to bring the issues of education, health and justice for girls and women to the world stage."

Beyonce will play a number of times in the UK this year. The British section of her Mrs. Carter world tour will begin in Birmingham on 26 April.

Tickets for The Sound Of Change Live go on sale at 9am on Wednesday, 27 March.