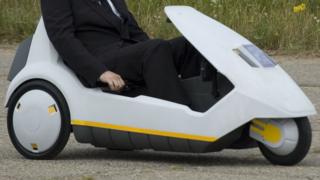 Gadget fans have been voting for what they think have been the biggest gadget disasters - and the Sinclair C5 electric trike has topped the list.

Gadget Show Live asked 1,000 tech fans what should be on the list of gadget disasters - some of the inventions just didn't appeal to people, while others seemed a good idea at the time but were overtaken by better tech.

Do you think you could do better? Could you invent something that people would love? Then take part in Newsround's Inventions Competition

This was an electric tricycle designed to improve commuter travel. It was launched back in 1985 but was laughed at. It could reach a top speed of 15mph but just didn't appeal to people.

An early mobile phone that worked when the user was near a location marked with the Rabbit logo. Only 10,000 were sold. But Rabbit went on to become a rather more successful mobile company - Orange.

It was invented as a rival to the VHS video cassette, but it wasn't marketed well so didn't manage to take off.

These small discs were created to replace cassette tapes, but its days were numbered. They were quickly overtaken by recordable CDs. 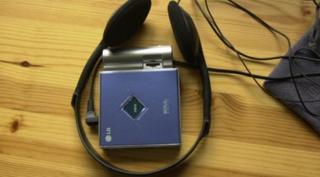 Minidiscs and minidisc players were overtaken by CDs.

Discs for home videos, but it was another invention that was quickly overtaken by something better - DVDs. 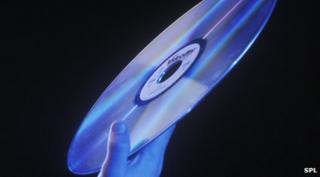 Laserdiscs were 30cm in diameter.

This handheld console didn't manage to compete against the popular Nintendo GameBoy and never really caught on.

The name gives you a clue - it's a square-shaped satellite dish. Nice idea perhaps, but wasn't a hit with buyers! 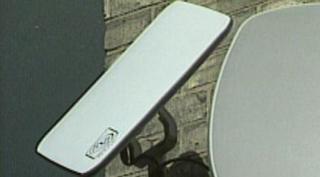 This 'superphone' for the office didn't catch on and was overtaken by better tech.

Sounds like a genius idea - or maybe not - the spatula/scissor combination to cut a slice of pizza!

Home recording invention that came before the MiniDisc, but like that it didn't catch on. 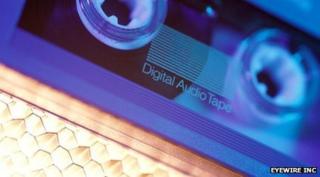