More boys are worrying about how they look say teachers 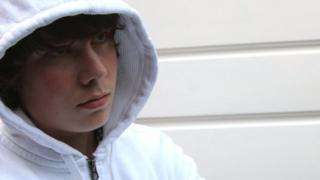 More boys are worrying about how they look, according to a survey of teachers.

The Association of Teachers and Lecturers say half of teachers think boys aren't confident in their bodies.

One teacher said: "I work with four- to five-year-olds and some say things like: 'I can't eat cheese, it will make me fat!'"

She told Newsround: "There's a growing market for male grooming products so the advertising we're seeing aimed at young men is becoming more and more aggressive."

"I think boys are insecure about their looks because male grooming adverts show men who have muscles and strong bodies. Because the adverts are aimed at younger boys it makes them feel as if they're ugly because they don't look like them."

"I have a brother who thinks he needs to be perfect because that's what boys in adverts are like. He finds it hard not to compare himself with them."

"I think some boys care about how they look and some boys don't. I think people should wear whatever or look however way they want but some people can be very judgmental, and that can lead to people not feeling confident about themselves - boys or girls."

"I think that adverts on the TV have a bad influence on kids and the way that they think about themselves. It doesn't matter how you look, it's what's inside that counts."