Murray sweeps past Tomic in Miami 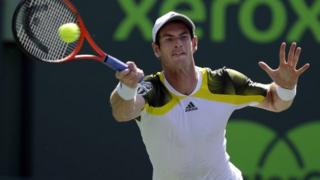 Tomic, who is ranked 45th in the world, did force three break points early in the match.

But the Australian faded badly as Murray won in under an hour.

If Murray wins the title, he will be world number two ahead of Roger Federer.