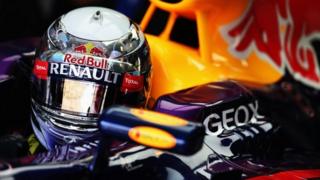 Vettel took the race into his own hands after ignoring team orders to finish second behind the Australian.

Hamilton also managed to pull into the wrong pit box - going to his old team McLaren instead.