One Direction team up with McFly to write 'epic' song 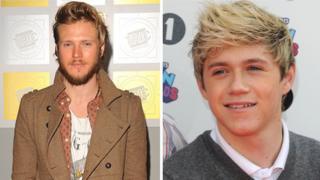 McFly bassist Dougie Poynter has described a track the band co-wrote with One Direction's Niall Horan as a ''stadium epic''.

He hopes the song will be released on the next One Direction album but nothing has been confirmed yet.

"It hasn't got a title at the moment but we wrote the song with Niall," he said.

"He's got some good ideas."

It's not the first time McFly and the 2010 X Factor finalists have worked together.

The tracks, I Would and Irresistible, from One Direction's 2012 album Take Me Home were written by McFly lead singer Tom Fletcher.