Newsround asks - why is the government making cuts? 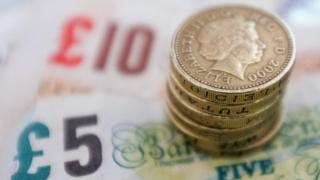 The UK has had serious economic problems for a few years now, as have many other countries around the world.

We've been in and out of recession twice - periods when country is actually getting poorer - and some people worry that we may head into recession again.

It means that many families across the UK have been struggling with money.

Political parties are divided on the best way to fix things.

One big argument is about the way we deal with the country's debt.

The country's been borrowing more money than the government thinks we can all afford.

They think that the best way out of the economic difficulties is to get the debt down.

To do this they've made cuts to government spending - money that pays for things we all use like schools, roads and hospitals.

The man in charge of this - Chancellor George Osborne - says that unless the cuts are made, the economy will get worse in the long run, and that he'll protect the most important things that families need.

But the opposition Labour Party think this approach is making things worse.

They think the government is making too many cuts.

The Shadow Chancellor, Ed Balls, says that cutting taxes instead - the money that goes to the government from people to pay for spending - might work to kick-start the economy.

Overall, it's an extremely complicated picture - and the arguments are likely to continue for months, possibly years, to come.