MPs decide how to regulate press 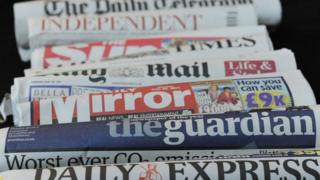 The UK's three main political parties have agreed on a deal on how to keep newspapers in check, says Labour MP.

Last year some journalists were accused of illegally hacking into people's phones and voicemails to get stories.

To look into this, Prime Minister David Cameron set up the Leveson inquiry. It criticised how some newspapers had behaved.

After lots of discussions, the Labour, Lib Dem and Conservative parties are reported to have agreed on how the press will be regulated from now on.