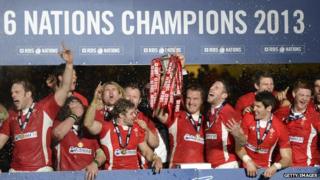 Wales stormed to the Six Nations title on Saturday as they thrashed England 30-3 at the Millennium Stadium.

England had come to Cardiff hoping for a Grand Slam, when a side wins all their games in the championship.

Wales only needed to win by seven points to claim the title.

In the end, though, they steamrollered their opponents, as the home crowd went wild. 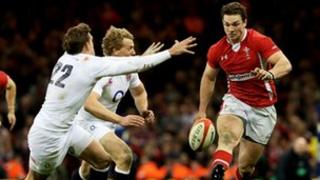 "This is better than the Grand Slam last year. We were outstanding."

England coach Stuart Lancaster praised the home side too:

"Wales played well, we didn't turn up and didn't match their physicality. It was better than ours."

In Saturday's other matches, Italy beat Ireland for the time in Six Nations history, winning 22-15, and Scotland lost 23-16 away to France in Paris.

Check out our pick of Wales v England photos!