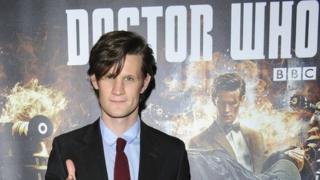 Doctor Who actor Matt Smith says he is "embarrassed" to be a fan of Blackburn Rovers.

The Lancashire club are struggling in the Championship after being relegated from the Premier League last season.

Smith told BBC Radio 5 live the side's FA Cup exit at the hands of Millwall this week was "woeful", which means really bad.

He said: "We're playing like a team without any verve or quality."