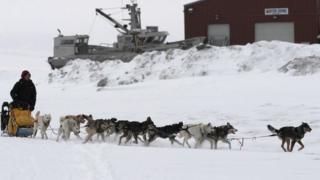 A 53-year-old man has won the Iditarod Trail Sled Dog Race to become the oldest winner of Alaska's gruelling test of endurance.

Seavey now holds the record for being the oldest person to have won the Iditarod Trail Sled Dog Race; his son Dallas, who was the 2012 Iditarod Champion, is the youngest.