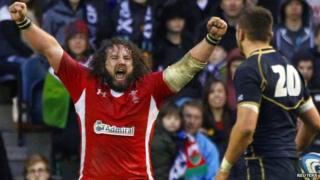 Wales beat Scotland 28-18 in the Six Nations to keep their championships hopes alive.

It was their record fifth straight away win in the tournament and sets up a potential title showdown with England in Cardiff next Saturday.

Welsh full-back Leigh Halfpenny kicked 23-points, with Richard Hibbard scoring the only try of the game.

Greig Laidlaw was the only Scotland player to get points on the board, kicking six penalties.

In the day's other game Ireland and France drew 13-13.

Ireland went ahead early with a try from captain Jamie Heaslip, and some impressive kicking from Paddy Jackson put them 13-3 up at the break. 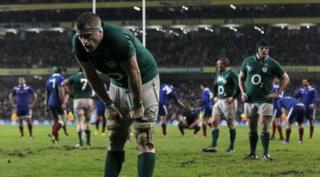 Ireland tired badly as the second half wore on.

However a late Louis Picamoles try was converted by Frederic Michalak as France claimed their first point of the campaign.

The result moves the Irish up to fourth in the table.