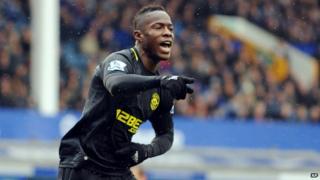 Wigan booked their place in the FA Cup semi-final with an impressive 3-0 win at Everton.

Everton were favourites to reach the last four for the second season in a row, but their dreams were ruined by a burst of three goals in less than four minutes.

Maynor Figueroa, Callum McManaman and Jordi Gomez all scored to seal the win.

In the other quarter-final Manchester City brushed past Championship side Barnsley, winning 5-0.

Carlos Tevez scored three goals and made two more in a one-sided contest. 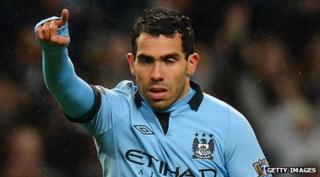 Blues boss Roberto Mancini praised his striker saying: "It is important that he continues to score because we need his goals in this period of the season, and also for the FA Cup."

Manchester United take on Chelsea and Millwall play host to Blackburn in the other two quarter-final matches.