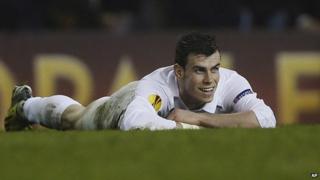 Gareth Bale maintained his unbelievable scoring streak to put Tottenham in full control of their Europa League tie against Italian side Inter Milan.

The Welsh wizard opened the scoring with a powerful header, before goals from Gylfi Sigurdsson and Jan Vertonghen made it 3-0 on the night.

Spurs though will have to make do without Bale for the second leg after he was booked for diving.

But boss Andre Villas-Boas hopes his side can still progress.

Elsewhere it was a bit of a mixed bag for English teams on the night.

Rafa Benitez's time at Chelsea took another turn for the worse as they lost 1-0 away to Romanian side Steaua Bucharest. 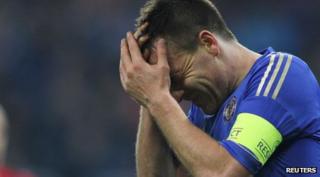 The European champions struggled in Romania.

The second legs will all be played on Thursday 14th March.