Skyfall director says 'no' to next Bond film 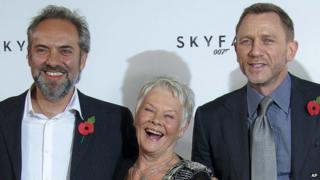 The award winning director of 'Skyfall' has turned down the chance to make the next James Bond film.

Sam Mendes said it was a "very difficult decision" to turn down an offer to direct Daniel Craig in Bond's 24th outing, but had already chosen to focus on a theatre production of Charlie and Chocolate Factory.

The movie also made more than £700 million at the box office.