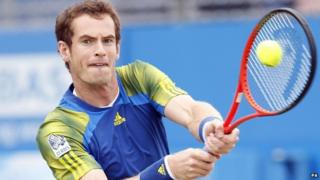 Tennis ace Andy Murray has been preparing for the start of Wimbledon today by admitting he thinks he might never win the tournament.

"I'm doing everything I can to give myself the best possible chance; I work as hard as I can."

The British number one lost in last year's Wimbledon final against Roger Federer.

But he says losing the final actually helped to make him a better player.

Since the defeat he's won the US Open as well as grabbing gold at the Olympics.

Meanwhile Federer is aiming for an unprecedented eighth Wimbledon title, 10 years after his first win.

However he has a tough draw that could see him play Rafael Nadal in the quarter-finals.