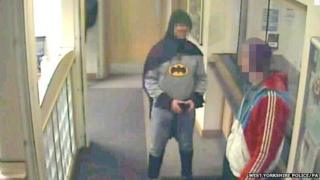 The identity of a real-life Batman who handed over a wanted man at a police station has been revealed.

He's a takeaway delivery driver from Bradford. Stan Worby took his friend to a police station in the city in the early hours of 25 February, whilst dressed as the caped crusader.

His friend was charged with handling stolen goods.

Stan had donned the Batman outfit for Bradford City's League Cup Final appearance at Wembley the day before. 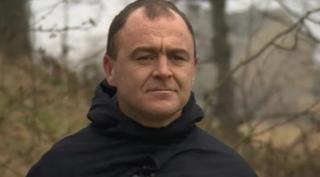 Stan Worby without his Batman mask on

He told ITV's Daybreak programme he was "gobsmacked" that he'd appeared in the news!