One Direction lose number one spot in charts 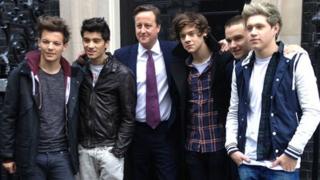 One Direction's One Way Or Another has been knocked off the top spot in the charts after just one week.

US singer Justin Timberlake's song Mirrors has taken the crown in the UK singles chart instead.

But the top two albums remained unchanged from last week, with Emeli Sande's Our Version Of Events at number one behind Babel by Mumford and Sons.