Do you ever worry about racking up a big bill when playing on your mum or dad's gadgets?

Well a five-year-old boy from Bristol ran up a bill of £1,700 by accidentally buying extra items while playing on his parents' iPad.

He thought the app was free to play but didn't realise he was being charged for things within the game. 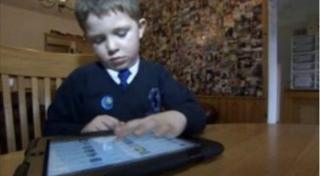 They didn't find out what had happened until the huge bills started coming into their inbox.

Apple have said they will refund the money spent on the app.

We wanted to know if you've ever spend too much on apps by mistake, check out some of your comments below.

"Once I bought an e-book by accident but luckily I managed to stop it loading so we did not pay for it."

"I was using the internet too often without parents' permission. Turned out it cost roughly £100 more than it should of but luckily we didn't have to pay. I never turn the internet on without asking anymore."

"I once spent 20 dollars on one single app and I had to do the dishes for 2 months!"

"When I was six I went over my internet allowance and my bill was over £200."

"When my best friend's cousin was younger she spent about £500 on an app on her mum's phone."

"I once spent £180 by accident, it said I had read it but turns out I did not. Now I am always careful."

"Once on an iPad my little brother spent £800 on a game! My mum and dad were angry!"

"I watch interviews on my phone and I went over the broadband allowance and had to pay for my family to get more."

"I've done the same on my tablet but the amount is crazy."

"My brother downloaded so many football games that the iPhone shut down."

"No but I have paid for apps without my parents knowing."

"I accidentally purchased an app that was $5.00 on my mother's iPad when I was 4 years old!"