Chelsea manager Benitez to leave at end of season 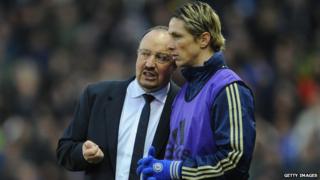 Chelsea's interim manager Rafael Benitez has confirmed he'll leave the club at the end of this season.

The 52-year-old hasn't been popular with many of the fans since taking up the position in November.

He made the announcement after his team beat Middlesbrough 2-0 in the fifth round of the FA Cup on Wednesday night.

Benitez said "Chelsea gave me the title of interim manager, which is a massive mistake. I'm the manager.

"The fans are not helping us. At the end of the season I will leave. They don't have to worry about me."

The Blues will now face Manchester United in the FA Cup quarter-finals.