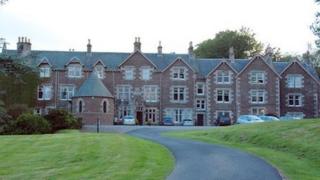 It is called Cromlix House, and it is in a place called Kinbuck, in Dunblane.

Andy's brother got married there in 2010, but the hotel closed in February last year.

The tennis ace now plans to re-open it, by turning it into a 5-star resort with 15 bedrooms.

He hopes the hotel will attract visitors to the area, and create new jobs.

Andy said: "I'm pleased to be able to give something back to the community I grew up in."

The whole place will have a makeover and it is expected to be open by Spring next year.

But don't worry, there are no signs he plans to hang up his tennis shoes, as he has employed a company to manage it for him.