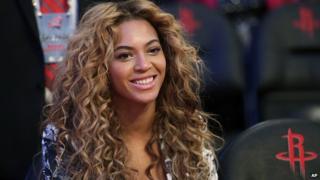 Organisers have confirmed Beyonce will headline V Festival in Staffordshire this summer.

The festival which takes place in August will be Beyonce's only appearance at a festival in Europe this summer.

Tickets to see Beyonce on tour in the UK sold out shortly after they were released last week.

She plans to bring her world tour called the Mrs Carter show to Birmingham, London and Manchester in the beginning in April.