Man United even further ahead in league after QPR win 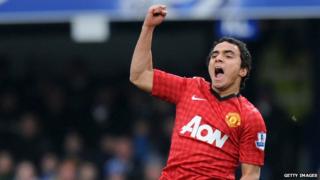 Manchester United beat rock bottom QPR to make their position at the top of the Premier League even stronger.

Second placed Manchester City could pull the lead back to 12 points if they beat Chelsea on Sunday.

The only down side for United was a weird injury to Robin Van Persie, after he fell down a bunker used by a cameraman.