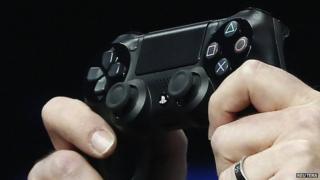 Sony have redesigned the controller for the PlayStation 4

Sony have announced that their next games console will be the PlayStation 4.

The massive technology company, who have made the PlayStation 1, 2 and 3 say that number four is the next generation of gaming machine.

They say it will have improved graphics and give gamers the chance to share clips of their games with friends.

Sony haven't revealed much else, but did say it would be available in some countries by Christmas.

The PlayStation 4 is said to be a lot more powerful than rivals like the Xbox 360 and the older PlayStation 3.

That means that games will run faster and graphics will be a lot more realistic.

Sony weren't giving away what the console looks like - but they did show the controller.

It's curvier, with a touchpad and a strip with interacts with a camera that comes with the machine.

The new console should start a big battle in the build to Christmas, with the latest version of the Xbox set to be announced in June.

Since the last PlayStation and Xbox were released, experts say that the way we play computer games has changed loads. 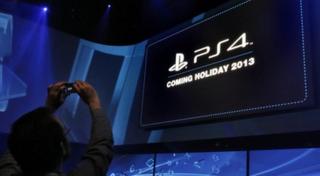 Gaming on mobile phones and tablets has brought lots of new competition for console makers. It also means games are cheaper, easier to get hold of and can be shared more easily.

New consoles are trying to be more like that, and the new PlayStation will make it much easier to easily share the games they are playing with their mates.

It's not clear how much it will cost, but it's predicted it should be under £300, meaning computer gaming could be getting cheaper.