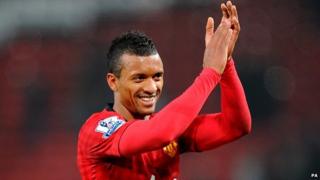 Manchester United's chances of winning the treble this season are still alive, after beating Reading in the FA Cup fifth round.

Second half goals from Nani and Javier Hernandez within minutes of each other gave the Red Devils a 2-1 victory. Jobi McAnuff scored for Reading.

The win keeps United in the mix for the FA Cup, as well as the Premier League and Champions League.