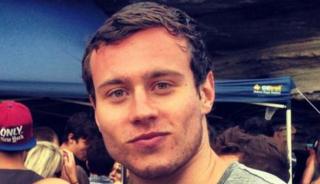 A British backpacker, who'd been missing in the Australian Outback for more than three days, has been found safe.

Sam Woodhead, who's 18 and from London, had been working for just a week on a remote farm in Queensland when he disappeared after going for a run.

Local authorities had launched a search after fears he may have become lost in the hot, isolated region.

Temperatures have been around 37ºC (99ºF) in the area this week.

Police say he's a little sunburned, but is otherwise well.