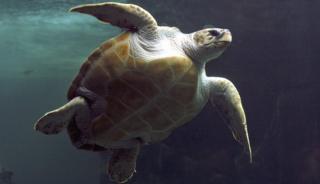 Almost one in five of the world's reptile species are at risk of extinction, according to scientists.

1,500 reptiles including turtles, snakes and crocodiles were studied and researchers estimate that 19% of them are struggling to survive.

Scientists say that reptiles are at threat because their homes are being destroyed from farming.

The study also warned that half of all freshwater turtles are also at risk of dying out.

The Zoological Society of London led the research and it's the first time the world's reptile species have been assessed in this much detail.

There are an estimated 9,500 different reptile species in the world and its thought they first appeared on Earth around 300 million years ago.