Apple are rumoured to be building an iWatch 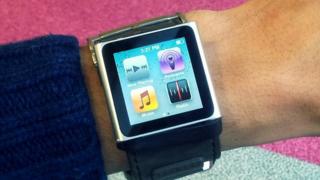 Computer giant Apple is rumoured to be working on a smartwatch that could display text messages on your wrist.

Bloggers have nicknamed the gadget the iWatch and one website claims 100 Apple technicians are working on it.

Of course nobody is exactly sure what features it will have until it is properly announced by Apple - and at the moment they're denying everything.

Rumours suggest an iWatch would display text messages and emails - and remind you of things you need to do.

In the UK at the moment more Android phones are sold than iOS phones so an iWatch may boost Apple's phone sales too.

What would the iWatch do? 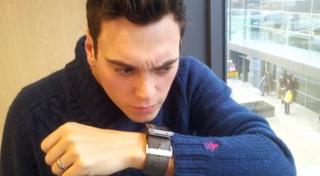 Will we soon be sending messages by talking into a watch?

Some people think it would have voice control so you could reply to text messages by talking to your watch.

Hi-tech watches have often been seen in movie fiction. In 1997 James Bond had one that fired lasers! But through new technology, smartwatches could become reality.

Smartphones need big batteries to power them but there's no room for a big one in watch.

One company is making a smartwatch called the Pebble which uses a black and white display instead of a colour one. That helps its battery last for a week on one charge. 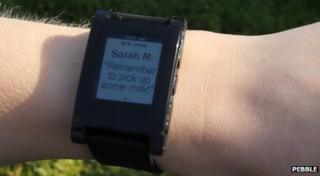 But Apple's iWatch could have a colour touchscreen - they squeezed one onto their iPod Nano in 2010.

Would it be popular?

Nobody thought tablet computers would be popular but now they've changed the way we use the internet. 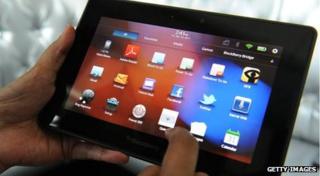 A big company like Apple could make a success of the smartwatch and it's rumoured Google is working on one too.

85,000 people have put their own money towards developing the Pebble smartwatch - so it looks like there's some interest in these new gadgets.