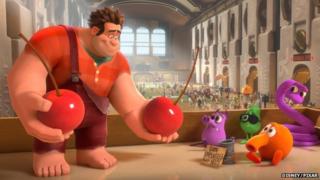 Wreck-it Ralph has topped the UK and Ireland box office after making £4.5m in ticket sales in its opening weekend.

It's the most amount of money made by an animated film in three days since Ice Age: Continental Drift was released in July.

You can check out Joe's review of the film here.