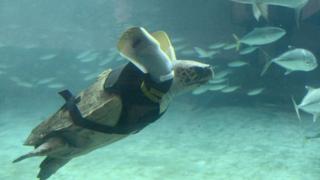 A disabled sea turtle has been fitted with a pair of artificial flippers to help her swim.

It's thought Yu, a 25-year-old female loggerhead turtle, lost her limbs in a shark attack.

She was pulled out of a fisherman's net nearly five years ago and sent to the Suma Aqualife Park in Kobe, Japan.

Since then, staff there have been working to make a pair of prosthetic flippers for her.

The rubber limbs are attached to a vest and slipped over her head.

"Similar attempts have been made to attach artificial limbs to turtles around the world," said the aquarium's curator, Naoki Kamezaki.

"But ours may be the only case in which a turtle with artificial limbs is still swimming without a problem." 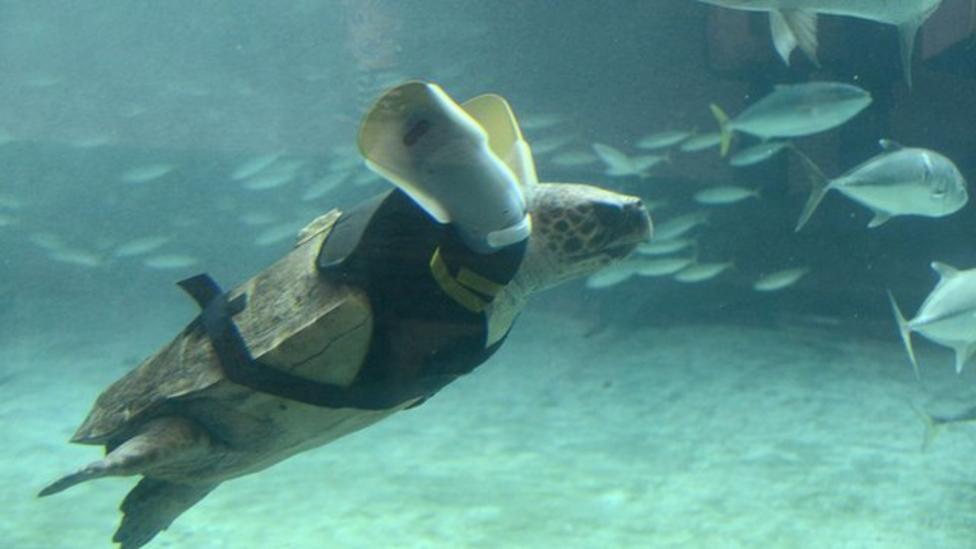