Lady Gaga delays shows because she is 'unable to walk' 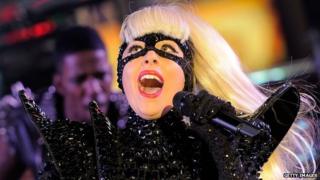 Lady Gaga says she is unable to walk and has had to delay concerts on her world tour.

"After last night's performance, I could not walk."

Concerts in Chicago and Detroit in the US, and one in Canada will be moved to new dates which have not been announced yet.

The singer has a condition known as synovitis which causes pain in the joints, but should be better in a few weeks' time.