Number of shark attacks goes up in US 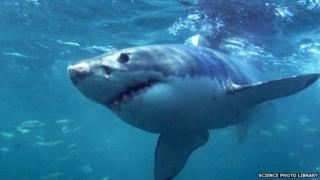 The number of shark attacks in the United States went up last year - 53 incidents were reported.

Ali Hood from the Shark Trust said that the increase is probably because more people were swimming in the sea.

The report doesn't have to stop you swimming in the UK.

"We do have a variety of sharks in our waters but none of them pose a threat to swimmers", said Ali.