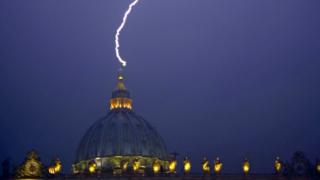 Spectacular footage of a lightning bolt hitting the church where the Pope leads many services has been caught on camera.

It happened just hours after Pope Benedict shocked many around the world by announcing that he will resign.

Lightning struck the dome of St Peter's Basilica, one of the world's largest churches and one of the most important in the Catholic faith.

It's located in the middle of Vatican City, where the Pope lives. 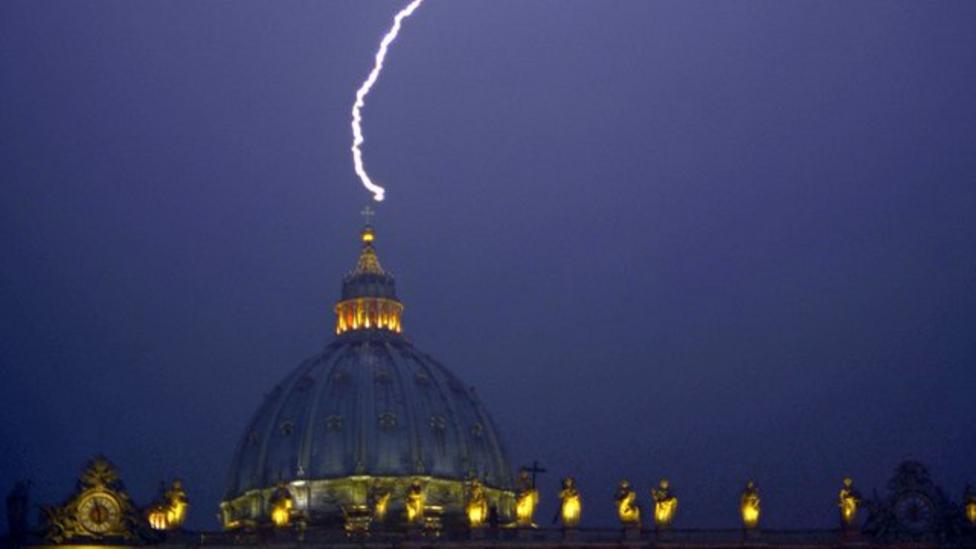