Scotland and Wales both take home wins in Six Nations 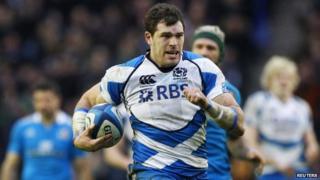 Wales and Scotland both brought home much needed wins in the Six Nations on Saturday.

A later try from George North helped Wales to end a run of eight Test defeats in a row.

It was also the first time Wales have beaten France away in the Six Nations since 2005.

Scotland smashed Italy 34-10 at home in Murrayfield, securing their first win in the tournament in two years.

Temporary head coach Scott Johnson said; "From the start, we were competitive at the contact, we turned the ball over early and were rewarded."

England take on Ireland in Dublin on Sunday afternoon.