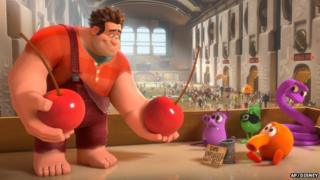 Wreck-It Ralph is a new animation from Disney about a computer game bad guy who is fed up of with his job.

So he sets out on an adventure into other computer games inside his arcade to try and win a medal and become a hero.

Movie man Joe has been to see it! Here's what he thought of the film...

Who are the stars?

As it's an animation you can't see any stars but there are some famous voices in there. Jane Lynch, who you'll recognise as the aggressive coach from Glee, plays... an aggressive soldier - shock! 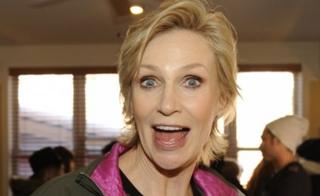 Hollywood actor John C Reilly, who you might remember from animation 9, plays Ralph. Another big star is the director, Rich Moore, as he's famous for directing loads of episodes of The Simpsons.

Hit! The film is really funny and when Ralph gets caught up in trouble, the action is brilliant.

The best thing about this movie though is seeing the really imaginative world of computer games. Just like Toy Story made us believe our toys come to life, Wreck-It Ralph takes us into the lives of computer game characters. Ralph, for example, is the bad guy whose job is to smash up a house, but really Ralph wants to be the hero!

There are also tonnes of characters from other games that make appearances, like Sonic the Hedgehog, Pac-Man and Bowser from Super Mario. So it's fun to see how many you recognise.

Some of them are from older games though, so you might not get all the jokes and characters that fly by during the story. I bet your parents will though - why not challenge them to a competition?!

If you liked Toy Story, you'll really like Wreck-It Ralph. It's almost as good and that's saying something!