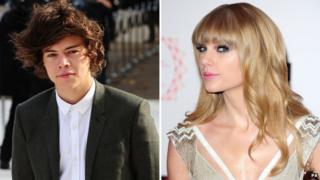 There could be an awkward moment for Harry Styles at the Brit Awards - Taylor Swift's been confirmed to perform.

The pair reportedly split up last month after a brief romance.

Harry and the One Direction boys were already down to sing at the UK's biggest music awards in the O2 Arena on 20 February.

We wonder whether she's going to sing We Are Never Ever Getting Back Together?!

Emeli Sande, who is up for three awards, Robbie Williams and Mumford & Sons are among the other stars performing on the night.