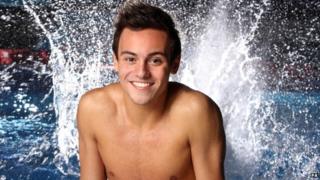 The 18 year old says he is "over the moon" to be making the show again.

The first series, which was aired on ITV, became a ratings hit and the final episode was watched by an average of 5.6 million viewers.

Diving clubs all over the country said the show had made diving popular and boosted their numbers.

The next series will hit TV screens in 2014.