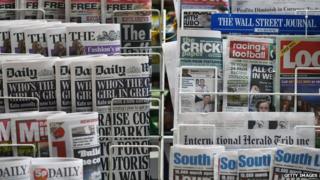 The program has been made to try and predict events like riots and the outbreak of diseases.

It takes old information from an American newspaper and other websites and uses it with information about the world from today.

One example the researchers have used was a drought that hit Bangladesh in 1973.

A year later, the country suffered from an outbreak of the disease Cholera.

Ten years later, exactly the same thing happened in Bangladesh, with a drought in 1983 and a Cholera outbreak in 1984.

So the guys who have created the machine say it will learn from the past and can warn of things like a Cholera outbreak if a drought was to hit again.