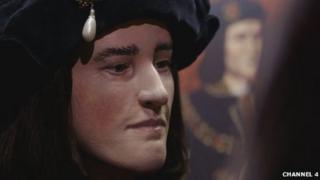 This is what scientists think that Richard III could have looked like.

Yesterday, researchers revealed that a skeleton found under the car park was that of the famous King.

Now, by studying the shape of his skull, they've created a facial reconstruction of how he might have looked.

It reveals that the famous King, who's location was a mystery for centuries, had a prominent chin and an arched nose!

Where he was buried had been a mystery for many centuries...

Until a team of archaeologists - scientists who uncover objects to learn about the past - decided to dig up a car park in the city of Leicester in 2012.

They found a skeleton that they've now finally confirmed is the remains of King Richard III.

The reason it took years to confirm is because the team had to go to great lengths to prove it was him.

One of the tests involved finding a living relative of Richard so they could match the DNA found on the bones.

That meant the team could announce the skeleton is definitely the king and that he will be buried again at Leicester Cathedral.

Now, the team of experts can get to work piecing together the clues of King Richard's life. 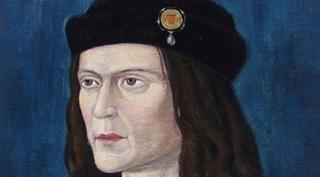 A portrait of King Richard III

So who was Richard III?

• He was killed at the Battle of Bosworth in 1485, which led to the end of the War of the Roses. This was fighting between the houses of Lancaster and York that lasted 30 years!