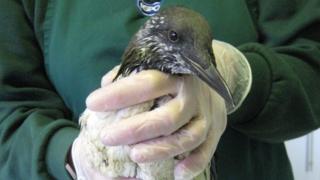 The mystery goo which has covered hundreds of seabirds has been identified.

The Environment Agency says the waxy slime found on birds washed up on the south coast of England is a 'mixture of refined mineral oils'.

Hundreds of birds were found on beaches from Sussex to Cornwall on Thursday with wildlife experts warning many more could be affected.

Lots of the birds affected have been treated by helpers at the RSPB but some of them could not be saved.

Joe has been to a rescue centre to see what is being done to save the birds. 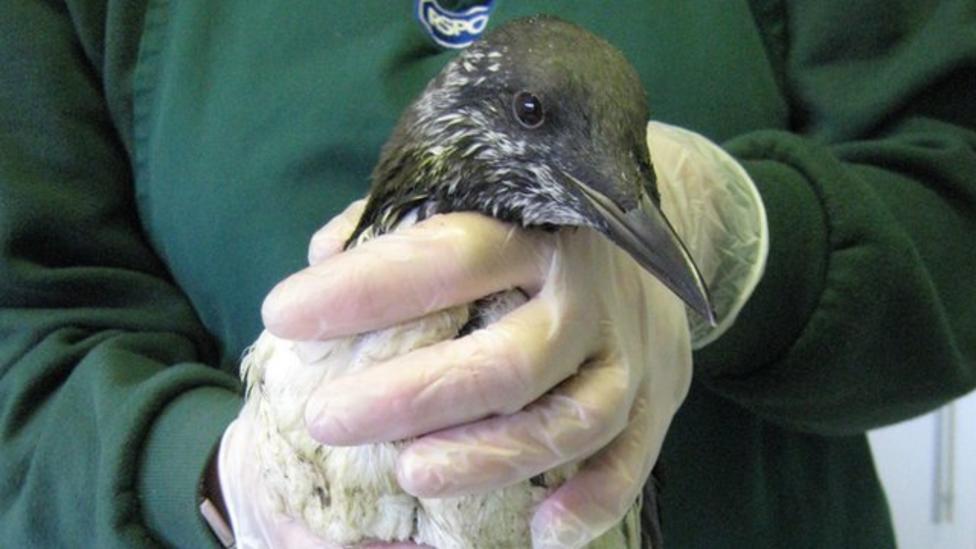