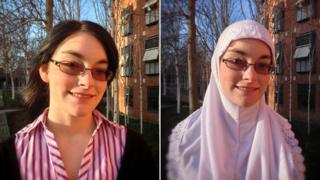 Jess Rhodes, with and without her hijab

Non-Muslims are being asked to try wearing a hijab, a type of headscarf, for a day to find out more about why women wear them.

World Hijab Day calls on non-Muslim women to try out life under the traditional head scarf.

Some people think women should not have to cover their hair or face and think it is unfair because men don't have to wear them.

But for many women around the world, it is an important show of their faith.

Organisers of this event reject the idea that women only wear hijabs if they are forced to by their family.

Jess Rhodes, who is giving the hijab a try for month, said she was surprised how positive the reaction to her wearing it has been. 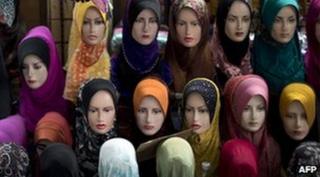 Hijabs on display at a market. The term comes from the Arabic word for 'veil' or 'screen'

The day has been organised to give people a better understanding of Islam and be more tolerant of people who wear the scarves.

It has attracted interest from Muslims and non-Muslims in more than 50 countries across the world. 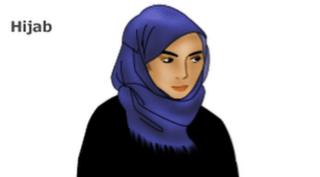 The word hijab comes from the Arabic for veil and is used to describe the headscarves worn by Muslim women. These scarves come in many styles and colours. The type most commonly worn in the West is a square scarf that covers the head and neck but leaves the face clear. 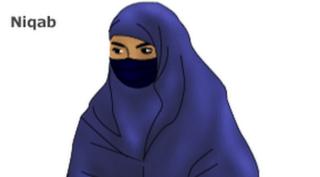 The niqab is a veil for the face that leaves the area around the eyes clear. However, it may be worn with a separate eye veil. It is worn with an accompanying headscarf. 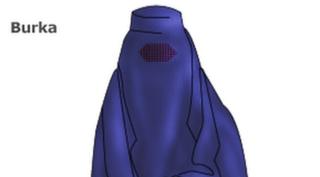 The burka is the most concealing of all Islamic veils. It covers the entire face and body, leaving just a mesh screen to see through. 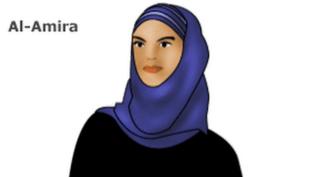 The al-amira is a two-piece veil. It consists of a close fitting cap, usually made from cotton or polyester, and a tube-like scarf. 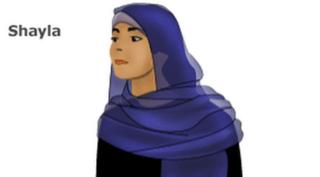 The shayla is a long, rectangular scarf popular in the Gulf region. It is wrapped around the head and tucked or pinned in place at the shoulders. 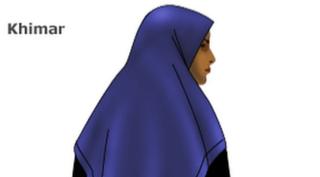 The khimar is a long, cape-like veil that hangs down to just above the waist. It covers the hair, neck and shoulders completely, but leaves the face clear. 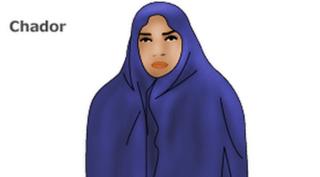 The chador, worn by many Iranian women when outside the house, is a full-body cloak. It is often accompanied by a smaller headscarf underneath.