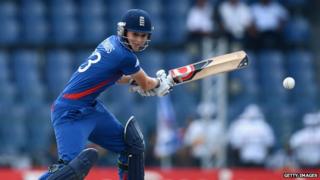 Defending champions England suffered a shock defeat to Sri Lanka in their opening group match at the Women's World Cup in India.

England struggled to find their best form and posted 238-8 from their 50 overs in Mumbai, with Jenny Gunn making 52.

But Sri Lanka's Dilani Manodara hit the last ball of the match for six to clinch a one-wicket win for her team.

England may now have to beat India and West Indies if they are to progress.

There are eight teams in the competition, split into two groups. The top three in each group will make the Super Six stage.

The top two teams in the Super Six will compete in the final on February 17th in Mumbai.

England beat New Zealand to become world champions in 2009, and are ranked the number one one-day team in the world.