Whale vomit found on a beach could be worth thousands 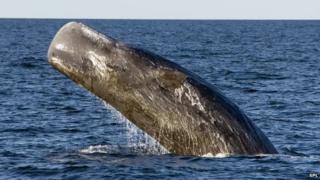 A man and his dog have found a strange yellow lump on Morecambe beach, in Lancashire - no biggie you might think...

But the yellow rock-like substance could actually be whale vomit - and worth thousands of pounds! 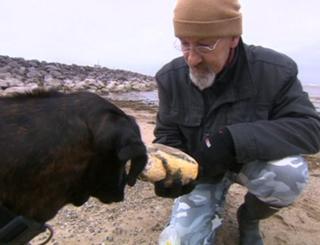 Ken Wilman and Madge the dog

Sounds gross, but the substance is called ambergris, and comes from the stomachs of sperm whales.

At first it's soft and smelly and floats on the water, but after a few years, it turns harder and sweeter.

Then it can be worth lots of money because companies use it to make perfumes, medicines and sometimes as food flavouring. 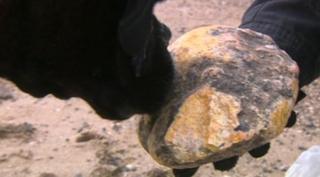 Madge the dog sniffed out the rock