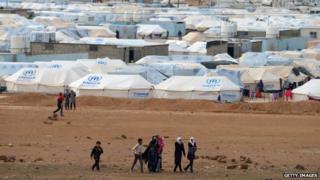 Nearly a billion pounds worth of aid has been promised to help the people fleeing the fighting in Syria.

The promise was made at a big conference of international donors in the middle east.

The UN says the aid is urgently needed for the hundreds of thousands of people who have fled the country.

For nearly two years, Syria has been gripped by fierce fighting between government forces and people who want the country run in a different way.

There are thousands of refugees in makeshift camps in countries near Syria like Jordan.

Much of the money has been promised by middle eastern countries like Kuwait, Saudi Arabia and the United Arab Emirates.