Cats 'kill billions of animals' in US each year 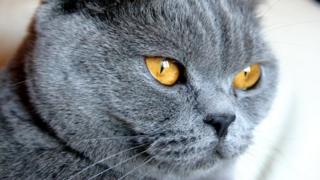 Millions of us have a pet cat to snuggle up to, but it looks like felines aren't as fluffy as we think...

Scientists reckon cats in America kill billions of animals each year, including up to 3.7 billion birds.

Stray and wild cats are mostly to blame, but pet cats can be killers too.

The study found that birds native to the US, such as the American Robin, were most at risk, and mice, shrews, voles, squirrels and rabbits were the mammals most likely to be killed.

The experts are calling on pet owners to do more to stop cats being a threat to other wildlife.

A RSPCA spokesperson said that having a properly fitted collar and a bell on a cat can help.