US Soldier has double arm transplant 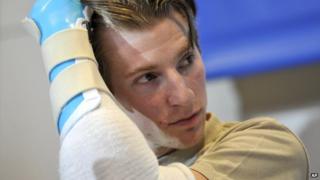 A retired American soldier who lost both arms and both legs in Iraq has left hospital with two new arms.

Brendan Marrocco had a rare double arm transplant, where two human arms from a donor were attached to his body. 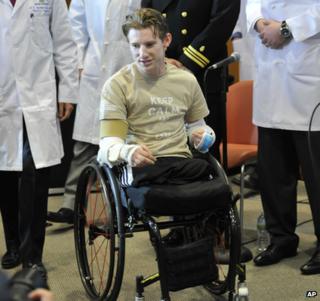 He lost his arms and legs when the vehicle he was driving was blown up by a bomb in 2009.

His new arms were taken from an organ donor who had died. The surgery took 13 hours.