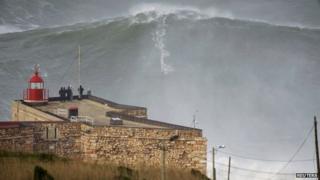 The American caught the monster off the coast of Nazaré in Portugal on Tuesday. 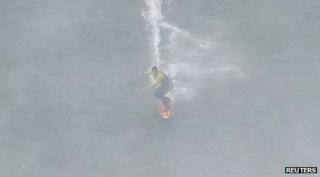 McNamara, 45, said: "You are just going so fast it's really, really similar to snowboarding on giant mountains. And you're just chattering, flying down this bumpy, bumpy mountain."