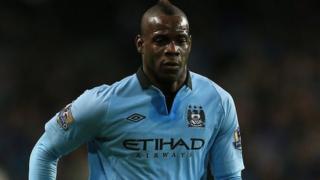 Manchester City striker Mario Balotelli is set to head back to Italy to join AC Milan.

The Italian club have agreed to sign him on a four-and-a-half year contract and an initial fee of £19m is thought to have been paid.

The striker has been a controversial character during his time with Man City.

He's struggled with discipline on the pitch, picking up 11 yellow cards and being sent off in Premier League games.

Man City signed Balotelli for £24m in 2010 with the striker scoring 20 Premier League goals for the club.